The Tarot de Marseille-Waite (plus making-of)

Having one’s own deck published is a milestone for a work in Tarot. After a long time of hyper-focused work, it is finally here and it works great! Here is a small preview; you can buy a deck further down the page.

The traditional French Marseilles tarot deck is well-loved because of its medieval design. Its major arcana are clear, simple yet powerful. Its minor arcana however are always abstract, which makes them difficult to read if you don’t want to rely on rote learning. Most of the time, in France anyway, these minor cards are ditched in favor of the 22 majors only, so we read with just a third of a deck. Which is a complete shame!

The minor arcana of the Rider-Waite-Smith are illustrated. This fact makes them immediately understandable, which accounts for the RWS being the most used deck in the world. However, its majors are overflowing with esoteric details, which is useful for driving one’s personal work, but can make reading them overly complicated. This is especially true for concrete questions. 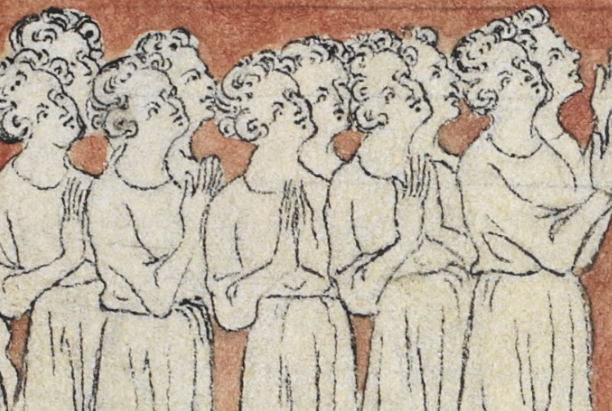 To harmonize the two traditions, I thought best to choose a medieval style, but not only because of its beauty. The images of Tarot are meant to be a mirror. They do not represent individual people, but concepts, and attitudes. That is exactly what medieval illumination is all about. Most of the time, when they appear to represent people, these drawings are in fact abstractions. It is common to see characters having all the same face because they do not represent individuals, but ideas. The art of personal portraits only appeared later, in the Renaissance.

It was necessary to have this new deck linked with the old world, to effectively recreate a powerful symbolic tool. So, we had to resurrect the codified style of the masters of medieval illumination. To maintain authenticity, we used real illuminations from the 12th and 13th centuries. This was made possible thanks to the enormous work of libraries around the world, who digitized their manuscripts and made them easily accessible. Lastly, to tie them all together the deck needed a real artist, the painter Alice Laverty.

I directed the project by handling the symbolic work and fishing out the numerous illuminations which have been used as reference. Alice reconstituted the medieval line and added her own mastery of composition and color. Here is a gallery showing the genesis of our 9 of Coins from various manuscripts:

In all, this project took a whole year of intense work. It was worth it though because the result is even better than I expected. The deck is finished, the style is there, and it is a tarot that works extremely well in readings. It has the best of two worlds. Justice is in 11th position and Strength in the 8th to follow Waite’s order, which is the most popular in the Anglo-Saxon world. In my opinion, this is more helpful, but the composition of the major arcana is faithful to the traditional French deck. The minor arcana are the same as Waite’s, with a few improvements.

The Marseille-Waite deck is published in France. If you cannot find it in a local bookstore, you can buy it from major online retailers and here, further down the page.

You can buy the Marseille-Waite deck from here, it ships internationally. 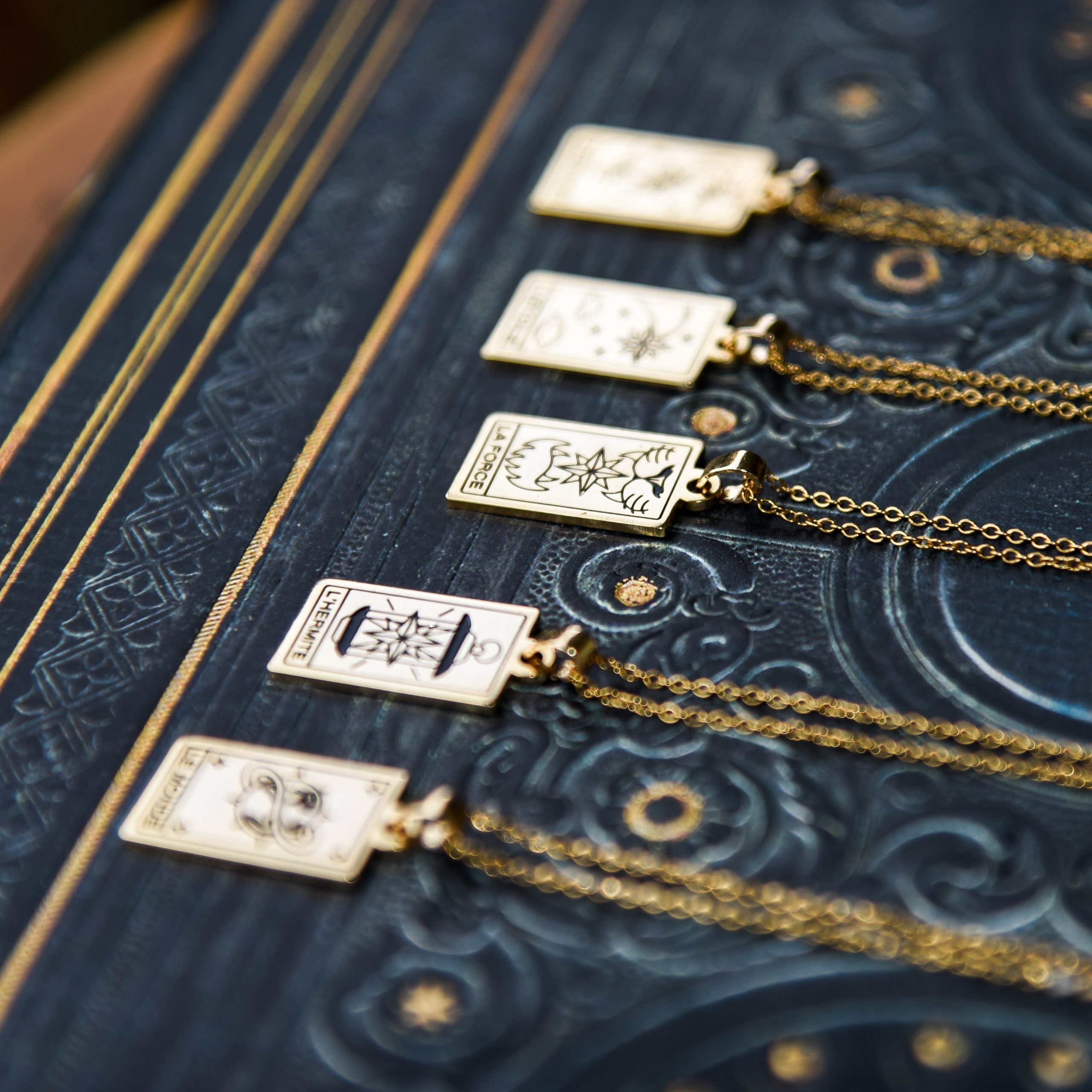 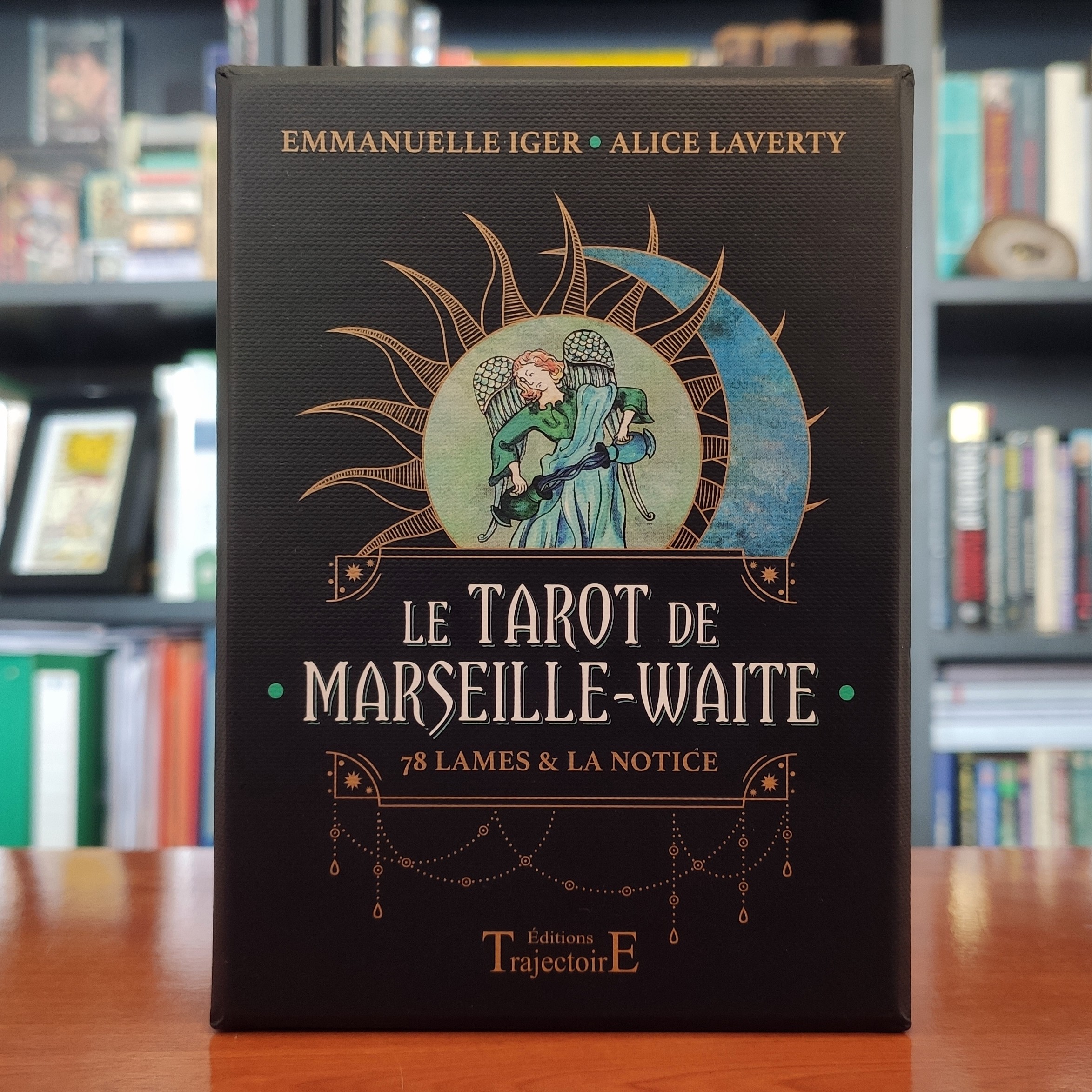 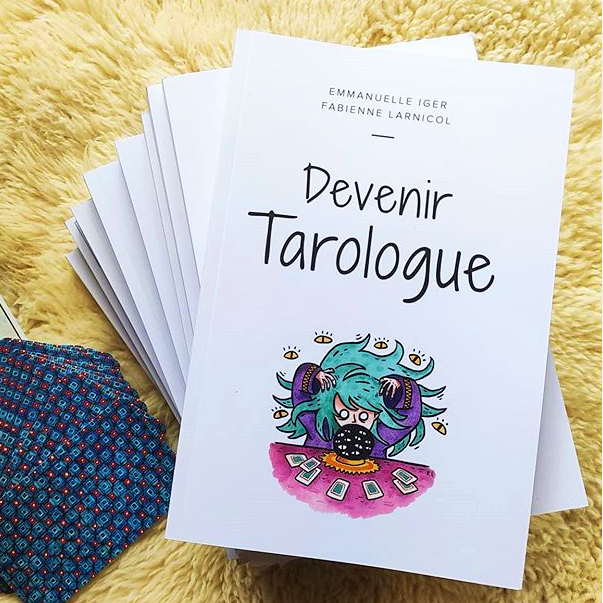